The following scale can be used to assess individuals’ level of Facebook addiction. For information on its factorial validity and reliability see the following article. The scale is copyrighted but you are free to use it without permission as long as you give credit to the authors of the scale by citing the following article:

Negative Consequences for work and performance 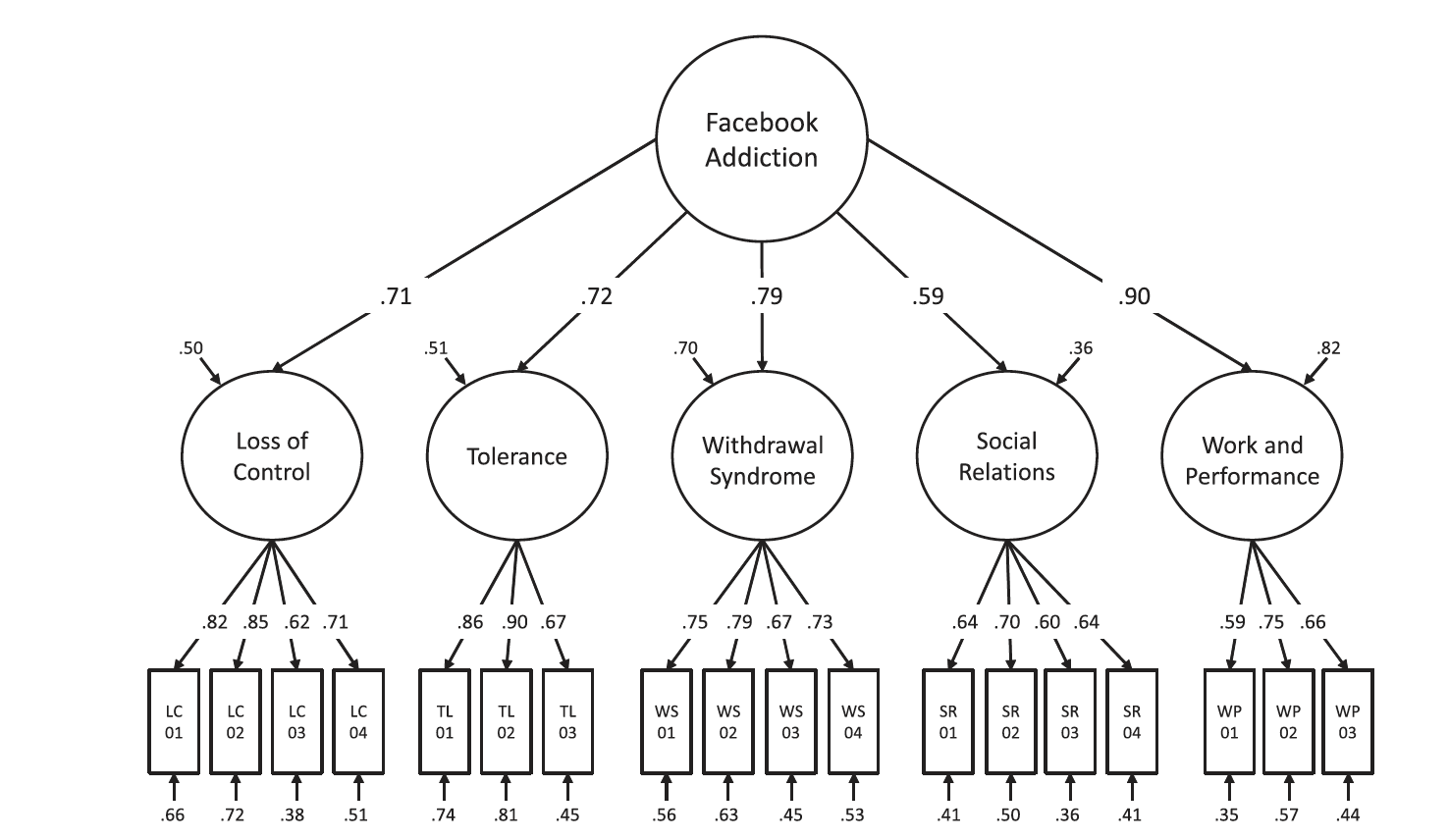